Головна | Warning | «Surrender of Kherson» as next kremlin’s disinformation

«Surrender of Kherson» as next kremlin’s disinformation 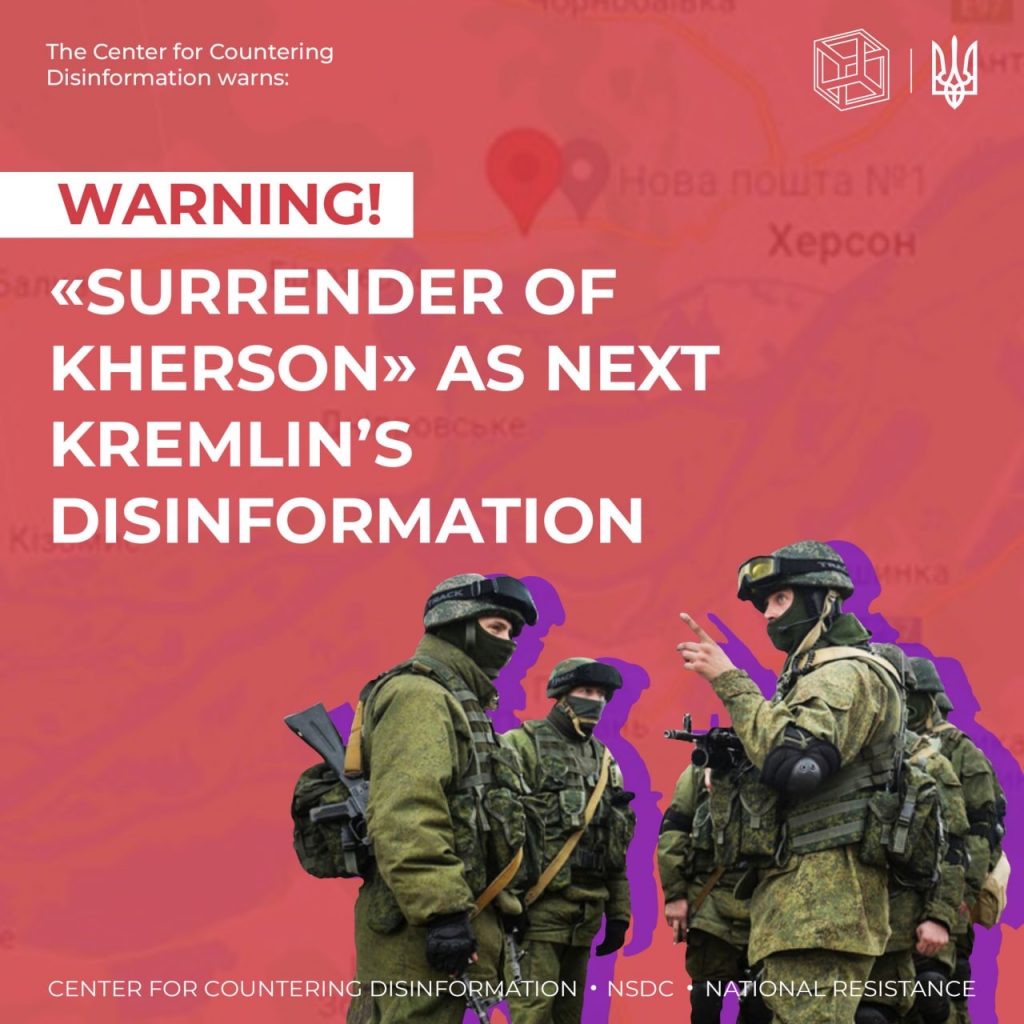 The kremlin’s disinformation campaign regarding the retreat of the occupiers from the Right Bank of the Kherson Region has been revealed.

❌ russians made «informational noise» around the issue of the disappearance of the russian flag raised above the Kherson City Council. k.stremousov’s informed about the withdrawal of the russian troops from Kherson. It’s presented as a sign of the «regrouping» of the occupation troops on the left bank of the Kherson region.

🔸But in a report dated October 28, 2022, the Ukrainian General Staff reported: «the russians are strengthening the groups on the right-bank of the Kherson region».

🔸On October 24, 2022, Defense intelligence of Ukraine reported: the occupiers are creating the illusion of retreat from Kherson, but they are bringing new units there.

❗️In general, persistent promotion of the topic of «surrender of Kherson»looks like information sabotage and an attempt to mislead the military leadership of Ukraine.