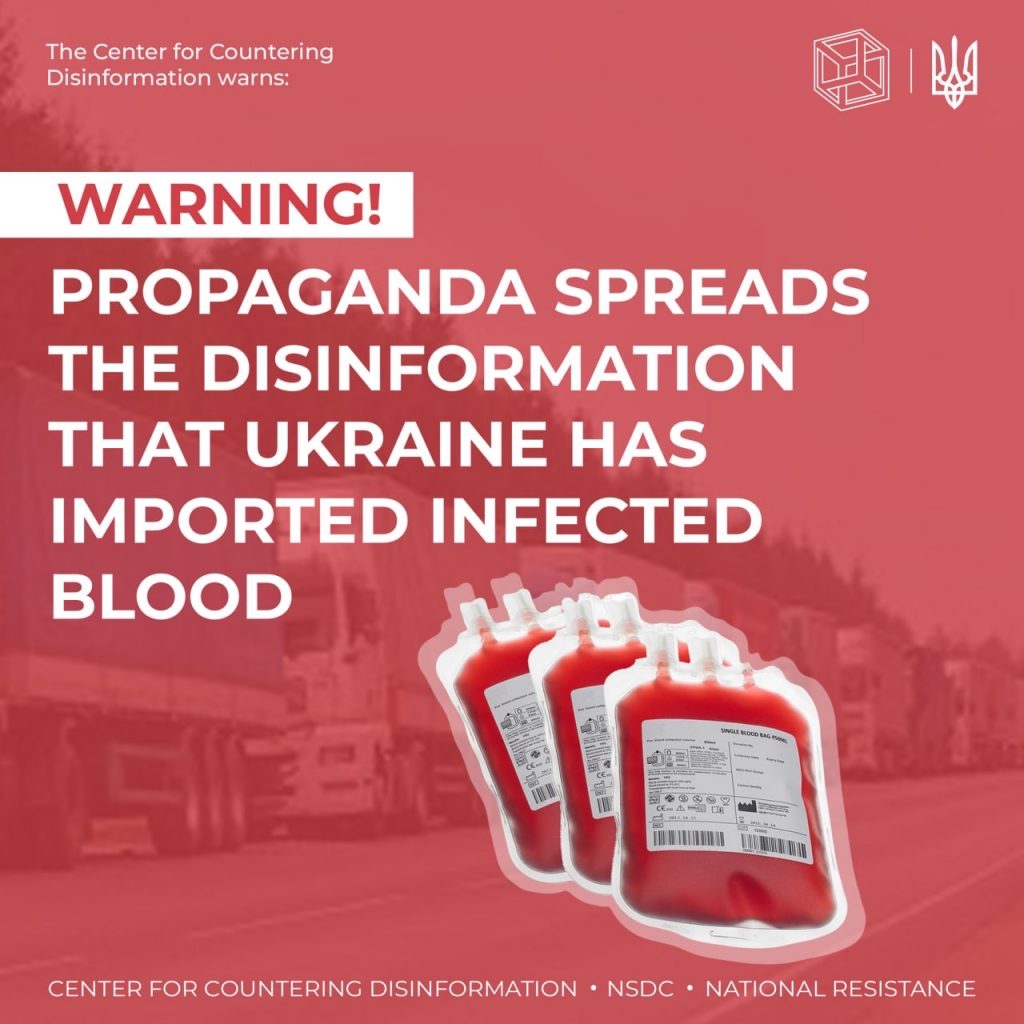 Russian propaganda spreads the disinformation about the fact that due to the situation at the front, Ukraine needs donated blood, and allegedly asked NATO for it.

✴️ As reported by the russian mass media after checking of the allegedly donated blood, its infection was revealed, which, according to the propagandists, was confirmed by a letter from the Minister of Healthcare of Ukraine V.Liashko.

✅ As reported by the Ministry of Healthcare of Ukraine, «for the entire period of the war, Ukraine have never turned to its partners for donated blood. Ukraine was building a national blood service, which ensures access to high-quality donor blood in sufficient quantity». At the same time, «donated blood always undergoes laboratory tests».

✅ As for the mentioned «official» letter, its fakeness is visible to the naked eye. It doesn’t meet the requirements of writing the official documents.