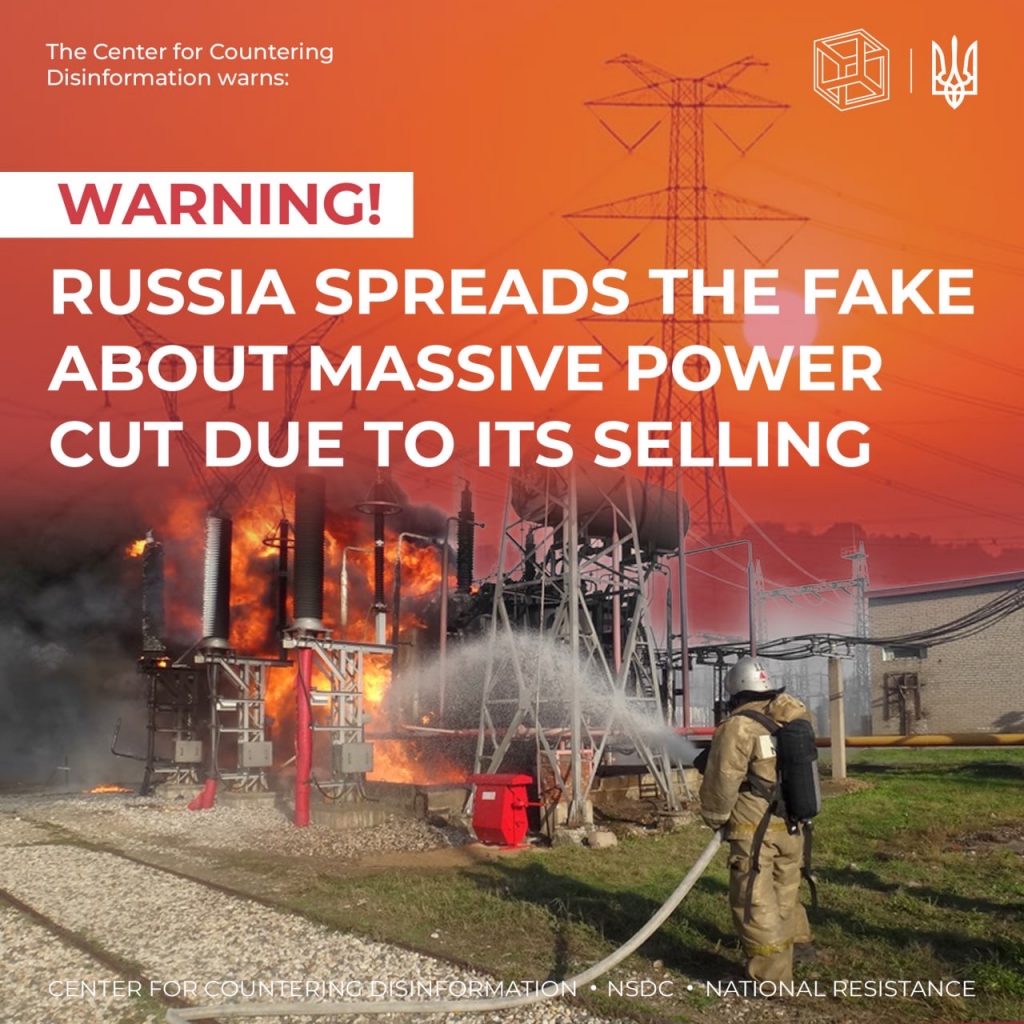 ‼️But, as reported in Governor of Kyiv region, such information isn’t true. With the help of such messages, russia is trying to mislead Ukrainians and divert the public’s attention from the only reason for the blackout – missile attacks on energy facilities in Ukraine

🔻 That the distributed information is a fake is confirmed by the following facts:

🔸 the export of electricity from Ukraine was stopped on October 10, 2022, immediately after the first attack on the power system;

🔸 the cessation of exports is confirmed by the results of auctions for access to the bandwidth of interstate networks, which are available on the Ukrenergo electronic auction platform

🔺 The Center urges you to trust only information from verified sources!