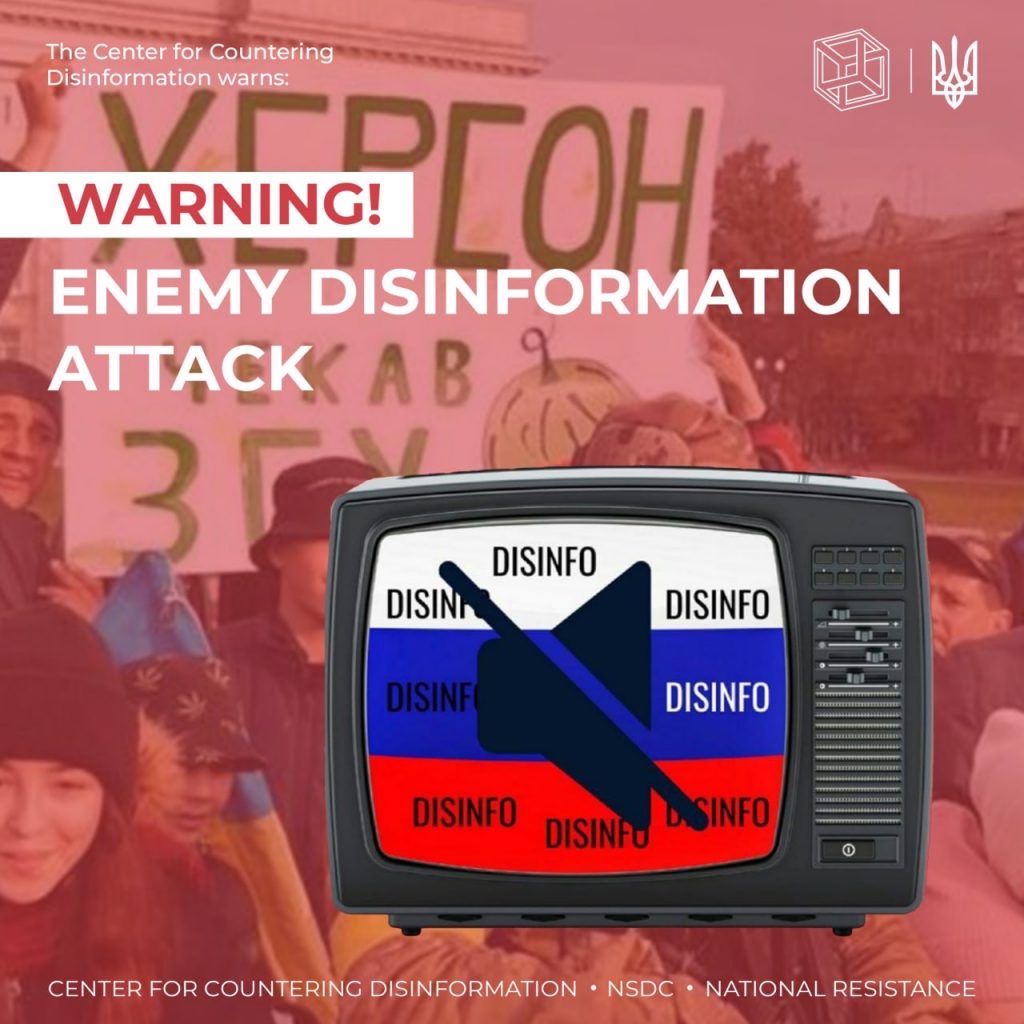 In order to reduce the level of information negativity due to the de-occupation of Kherson, the enemy spreads the following disinformation messages:

✅ According to the President of Ukraine, «no one just goes anywhere», that is why the military defeat of the russian armed forces was planned by the Armed Forces of Ukraine.

❌ «Withdrawal from Kherson is an «exchange» for Bakhmut, therefore there will be no offensive of the Ukrainian Armed Forces in the East of Ukraine»

✅ The Secretary of the National Security and Defense Council of Ukraine stated that Ukraine does not plan to «freeze» the war after the de-occupation of Kherson.

❌ «After the de-occupation in the Kherson region, strict filtering of the population began»

❌ «With the arrival of Ukraine, the people of Kherson are being mobilized into the ranks of the Ukrainian Armed Forces»

✅ Mobilization measures throughout the territory of Ukraine take place according to a single algorithm.

‼️ CPD urges to trust information only from the verified sources