Головна | Articles | Who competes for the power in russian federation

Who competes for the power in russian federation 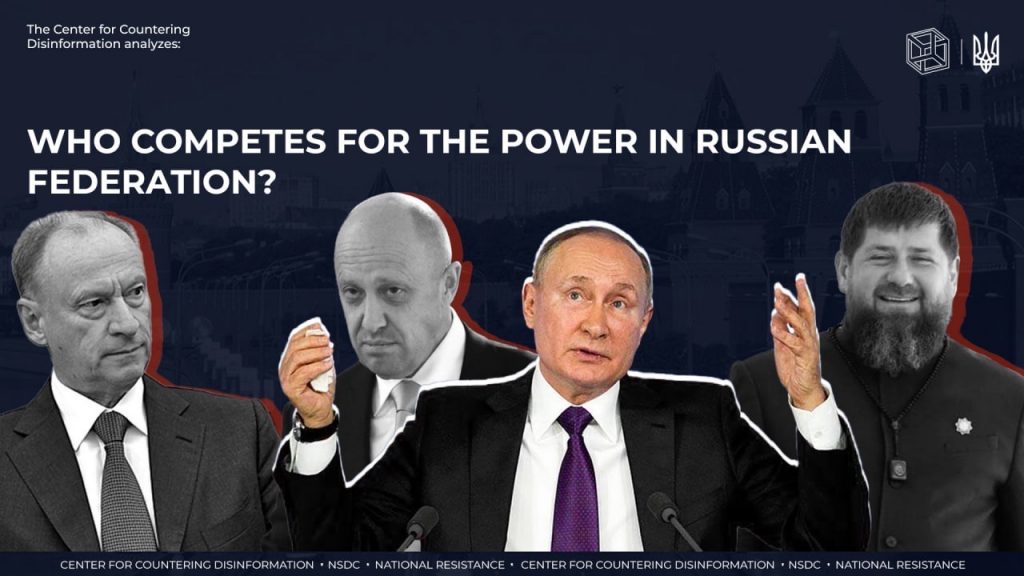 Who competes for the power in russian federation?

❗️ The russian political system is entering the most explosive period in its entire post-Soviet history. Until September russian elites believed in putin’s ability to maintain his regime. Now this regime has turned into a source of instability and danger. Confidence in the correctness of putin’s decisions was finally destroyed by the «partial» mobilization. After all, it violated the basic premise of society’s consent to war, when society wasn’t required to actively participate. Irritation is growing among putin’s entourage because he is demanding results in the war with Ukraine, although he is regularly told about the loss of part of the annexed territories and that the war is effectively lost. And if earlier the removal of the dictator seemed unattainable to the russian elites, now even the closest associates of the russian dictator consider his resignation inevitable.

❓ Due to these conditions, the main question is who exactly will be able to replace putin in the kremlin?

☝️ Currently, a fierce struggle continues between two main groups who want to take absolute power in the kremlin after the end of putin.

This is the group of the Secretary of Security Council of russia m. petrushev (FSS director o.bortnikov, head of the SVR s.naryshkin, vice prime minister a.belousov, deputy secretary of the RB of russian federation r.nurgaliev, ambassador to Belarus b.gryzlov) and the group of prigozhin-kadyrov (o.dugin, s.surovikin, high-ranking officials of the GRU GSH of russian federation). The former seek to establish diplomatic relations with the West and develop business with Europe, the latter seek to intensify the war.

🔸 Clan of prigozhin – so-called the party of war, which criticizes the leadership of russia and demands tougher actions from putin. Prigozhin and kadyrov use the war to strengthen their political positions and claim stronger positions than they are now. To reduce the growing influence of russian pro-war security forces, putin is trying to restore the lost authority of minister of defense s.shoigu, but his dependence on the «war party» forces him to accept its rules of the game.

🔸 The head of the National Security Council, m.petrushev, is part of putin’s inner circle and has influence on decision-making in all spheres. He promotes his son dmytro as the main contender for the presidential seat. Due to his relative youth (45 years old), the candidacy of petrushev jr. is positioned as the new face of the government.

🔸 Among other groups of influence, the main shareholder of the bank «russia» kovalchuk and the head of «rosneft» sechin, who are close to putin, are promoting the figure of the deputy head of the administration in the kremlin, s.kirienko. Between the petrushev group and the kovalchuk-sechin alliance, there is interaction and readiness to pragmatically resolve issues, particularly in post-putin russia.

❓ Experts consider various options for a change of power in russia.

✅ Search for a possible successor within the system. To ensure his own inviolability, putin can prepare his successor himself. At the same time he remains a nominal political figure in the kremlin but heads the security and defense council and controls the power structures. For this purpose, a major personnel reshuffle is being prepared in the power bloc of the kremlin. Among the favorites of the president of the russian federation at the moment are the commander-in-chief of the russian air force s.surovikin, the head of the PMC «Wagner» prigozhin, the head of Chechnya kadyrov. In order to continue to control the power bloc, surovikin is likely to be appointed as the minister of defence, prigozhin as the head of the FSB, and kadyrov as the commander of the national guard of russia. However, during the implementation of the plan, something can go wrong. After all, the russian system of power is now quite tense – various representatives of the elite «have a tooth» against each other, and it is possible that the wagnerites and the kadyrovites may come into conflict with each other.

✅ The transfer of power mayn’t happen at putin’s own will – he may be pressured by the russian elites. Putin declares himself ill and «temporarily» transfers his powers to a collective body – the Security Council. The soft suspension of putin in the kremlin solves several tasks at once. On the one hand, the room for maneuver in foreign policy and hopes for softer conditions for the end of the war are increasing. On the other hand, when the country is defeated, putin will be blamed. According to one of the scenarios, the new leader of the russian federation may be prime minister m. mishustin, who could play the role of a moderate negotiator with the West.

✅ If the «soft option» doesn’t work and the russian dictator doesn’t reach a consensus among all russian power structures, the option of his physical removal, for example, by employees of the Security Service of the federal security service of the russian federation, is being considered.

☝️ No one knows the exact scenario of the putin’s overthrow, but everyone understands that the regime is doomed, and the specific scenario of whether he will resign or be overthrown is secondary.

❗️ The further arrangement of forces in the kremlin will largely be determined by the situation on the russia-Ukraine war. The more the Armed Forces of Ukraine inflict defeats on the russian troops, the weaker putin’s chances of retaining power are.